This is a Fiberfab Jamaican II built in 1983 with a Fiberfab tubular steel chassis and a sleek, lightweight fiberglass body. Power is provided by a 5.7-liter Chevrolet V8, and the car rides on independent suspension.

Fiberfab was an American automotive company that began building body kits for cars like the Corvette. By the mid-1960s they were offering kit cars, some of which had custom chassis and bodies, usually fitted with either British or American engines and running gear.

The Fiberfab Company of California

The story of Fiberfab is undoubtedly one of the most intriguing and at times tragic tales in the history of 20th century kit cars.

The Jamaican’s beautiful design has been compared to the Lamborghini Miura and there are some similarities, although the two cars are distinctly different.

The first seed of what would become Fiberfab began in 1957 as Sports Car Engineering (SCE), founded by amateur sports car racer Warren “Bud” Goodwin. He sold the company to Du Crest Fiberglass for a profit just a year later, but remained interested in starting his own sports car company from scratch.

In 1964 he got his wish and founded the Fiberfab Company with his business partner John Hebler in Palo Alto, California. Initially, the company offered lightweight fiberglass body panels and body kits for Corvettes, Mustangs and Jaguars – for people who wanted to lighten their cars for better performance and better looks.

In 1966 the company released a line of complete fiberglass body kits including the Apache, Aztec and Aztec II, and Centurion. The company began producing the Valkyrie in 1967, a kit car based on the Ford GT40, which they claimed was the fastest car in the world at the time, with a top speed of 180 mph. Every Valkyrie is said to have come standard with a parachute.

The murder of Jamaica Goodwin

In 1967, Fiberfab was turned upside down when company founder Warren Goodwin shot and killed his 28-year-old wife, Jamaica Goodwin. The exact circumstances are unclear, but he was convicted of involuntary manslaughter and sentenced to twelve months in prison. 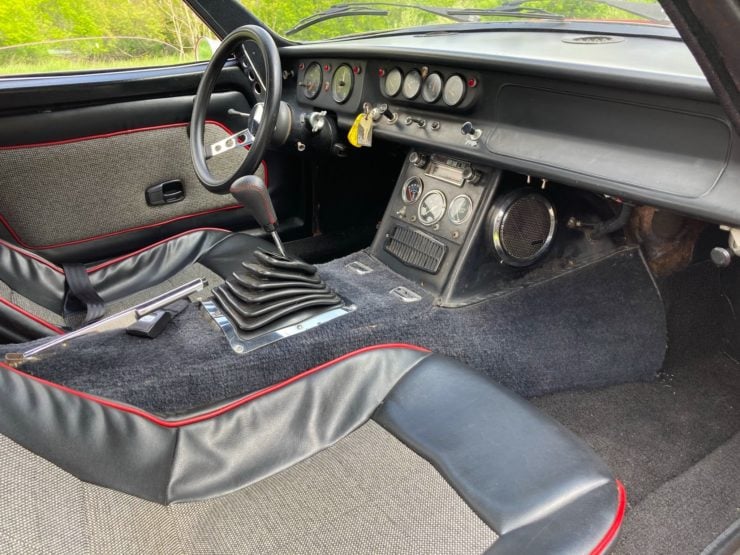 The interior of this Jamaican is reasonably well appointed by kit car standards, although it could probably use a refresh now.

Warren Goodwin would never set foot outside of prison again, dying of a massive heart attack in late 1968 just months into his sentence.

Despite this tragedy, Fiberfab pressed on and in 1968 released the Fiberfab Jamaican, a Chris Bebee designed car that some say was influenced by the Lamborghini Miura.

Fiberfab would go through a few changes of ownership over the following years, interestingly the company is still in business today and their website claims that the company is now under new ownership and that they plan to build new turnkey cars.

The Fiberfab Jamaican was developed in 1967, before the tragic murder of Jamaica Goodwin and the subsequent death of Warren Goodwin. Perhaps as a mark of respect for her, the company named the car after her and it would bear her name for the remainder of its production. 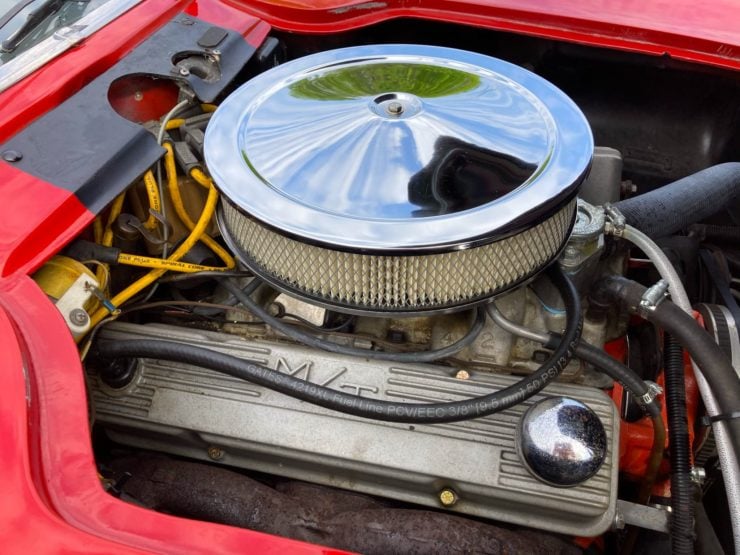 This vehicle is powered by a Chevrolet V8 mated to a three-speed automatic transmission.

The Jamaican was developed as a fiberglass body that could be fitted to the chassis of inexpensive second-hand British sports cars of the time, including the Triumph TR3, TR4, the MGA or the (big) Austin-Healeys.

The sleek design ensured the kit was a success, but the company was inundated with requests for a more American version that could accommodate a big V8 and the subsequent power increase.

As a result of these requirements, Fiberfab developed a new steel chassis and a new Jamaican body that was both wider and longer. This new chassis could comfortably accommodate most V8s then in production and an alternative form of the new body was developed to fit over a VW Beetle chassis for those wanting to build one cheaply.

It is not known exactly how many examples of the Jamaican II V8 were sold, they are now the most valuable and desirable of the Jamaican variants and offer performance on par with many American V8 production cars.

The car you see here is a Fiberfab Jamaican II V8 said to have been built in 1983. It’s powered by a 5.7-liter Chevrolet V8 mated to a Turbo-Hydramatic three-speed automatic transmission. 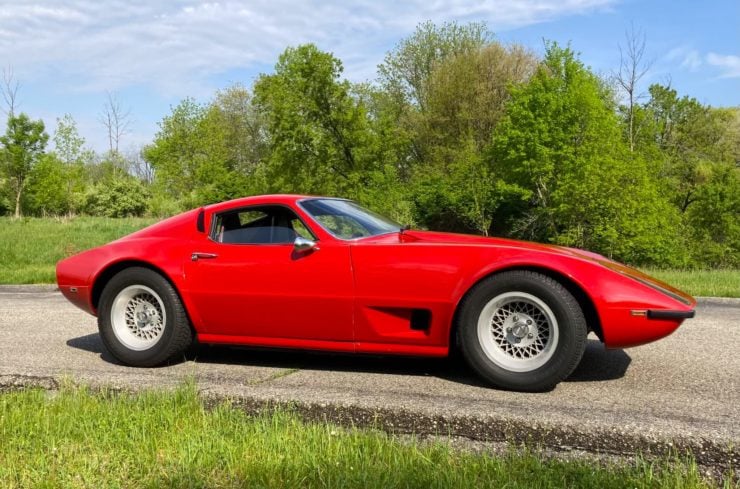 The Jamaican’s beautiful lines have been winning fans for decades and remain popular in kit car circles to this day.

The new owner might want to make a few changes to the car, the wipers are currently non-functional, the Lamborghini badge from the dashboard needs to go, and the automatic gearbox would ideally be swapped out for a four or five-speed period-correct manual box.

The fiberglass body is painted red, covered in black vinyl and cloth, and equipped with chrome side mirrors, 15-inch Enkei wheels with 235/60 Mastercraft Avenger G/T tires and a push-button AM/FM radio.

The interior of the car is spartan but relatively well appointed by kit car world standards, the odometer reads more than 13,000 miles but actual mileage is unknown. The Chevrolet V8 is crowned by a four-barrel Quadrajet carburetor and Auto independent front and rear suspension made from a combination of Chevrolet and Ford parts.

This car is currently for sale on Bring A Trailer of Ada, Michigan. If you would like to read more or register to bid, you can visit the listing here. 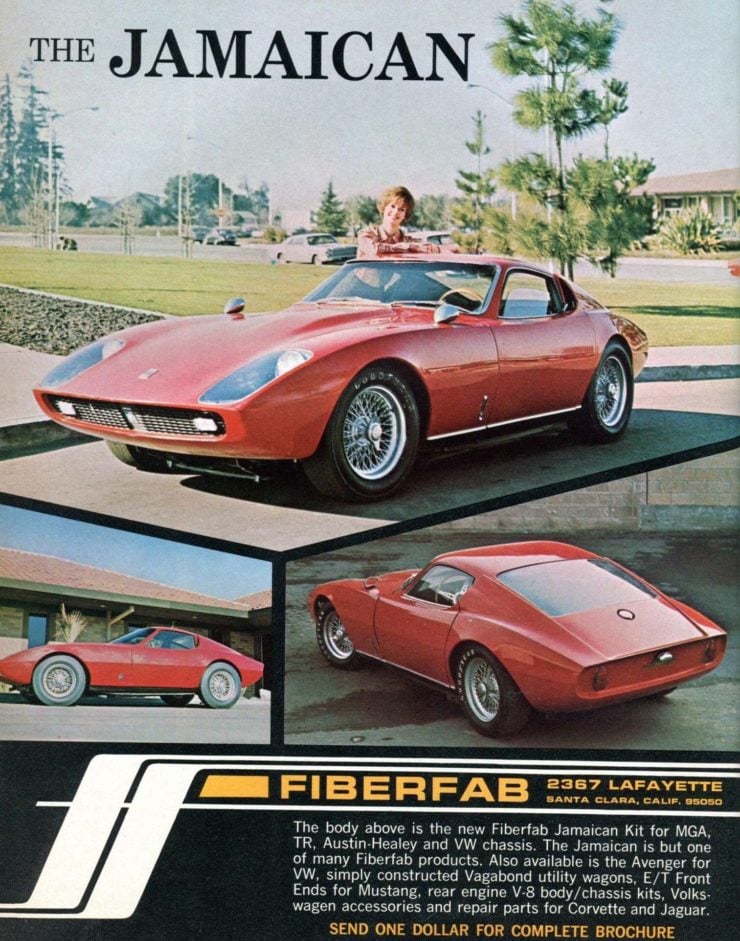 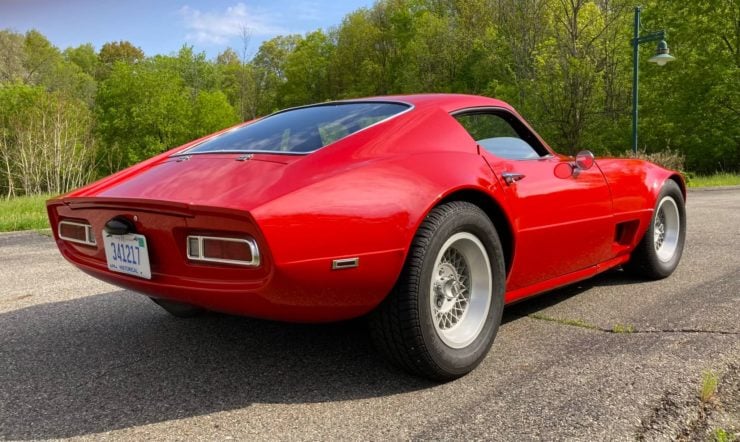 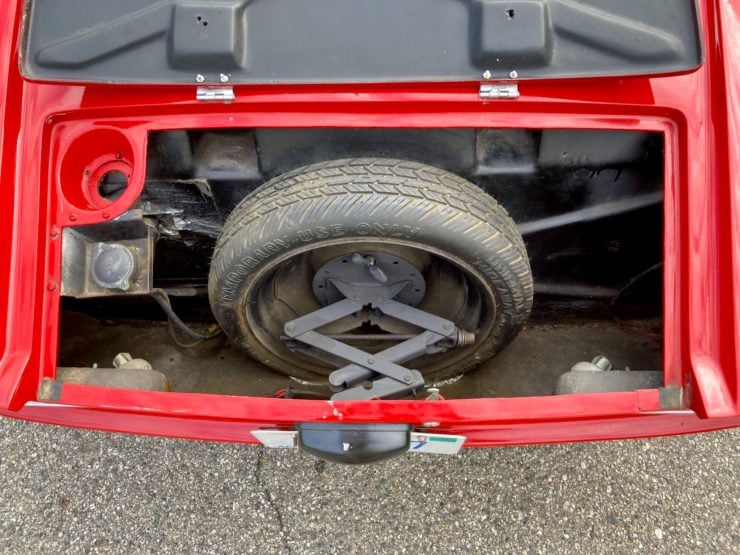 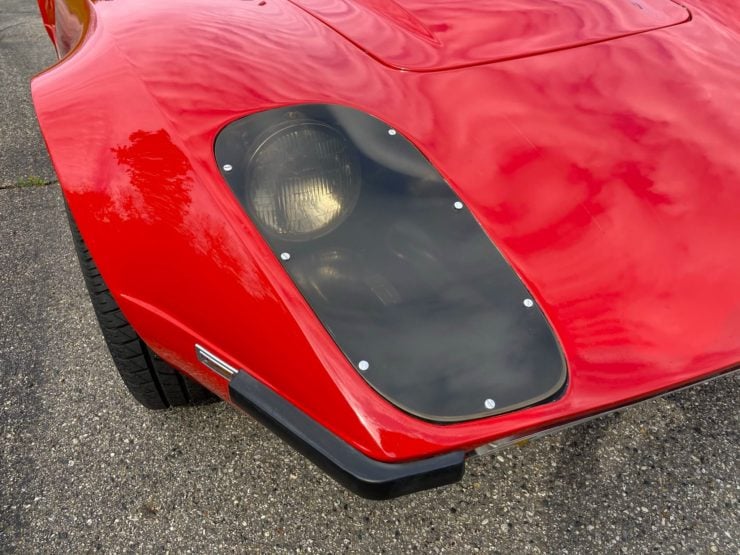 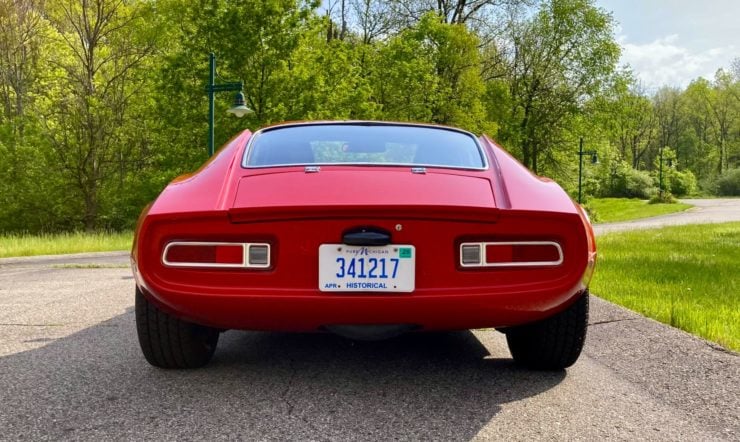 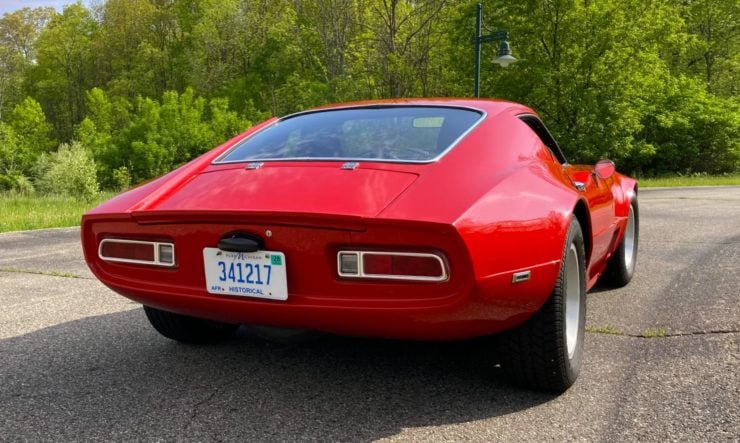 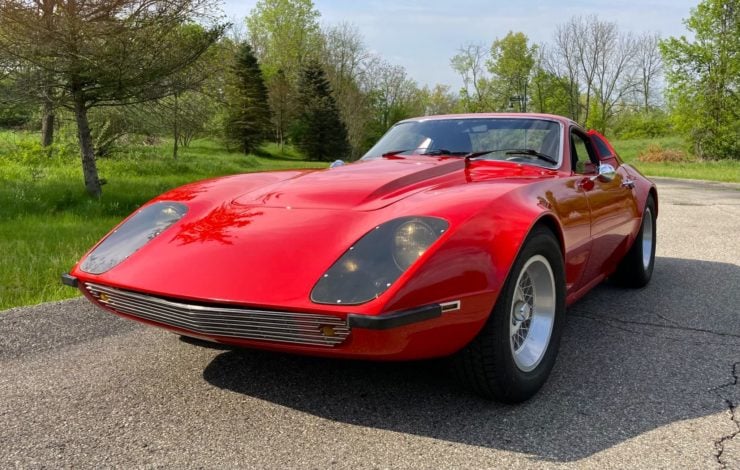 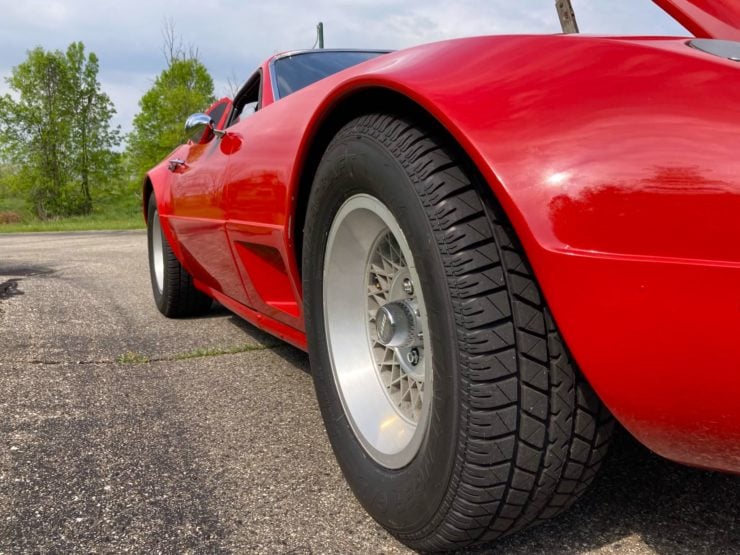 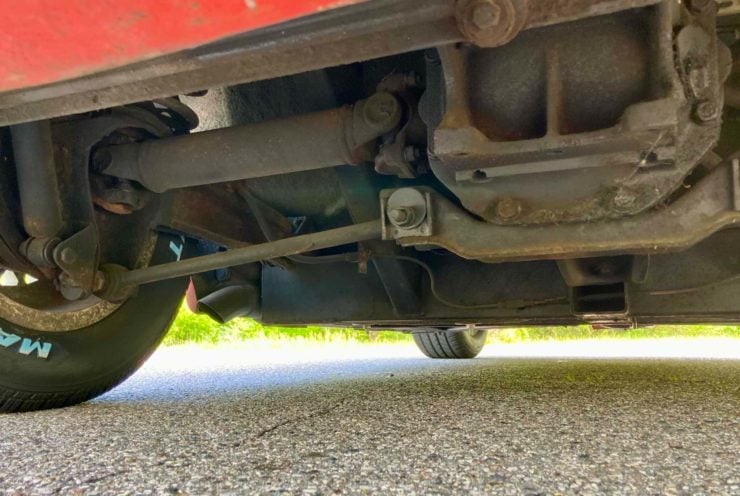 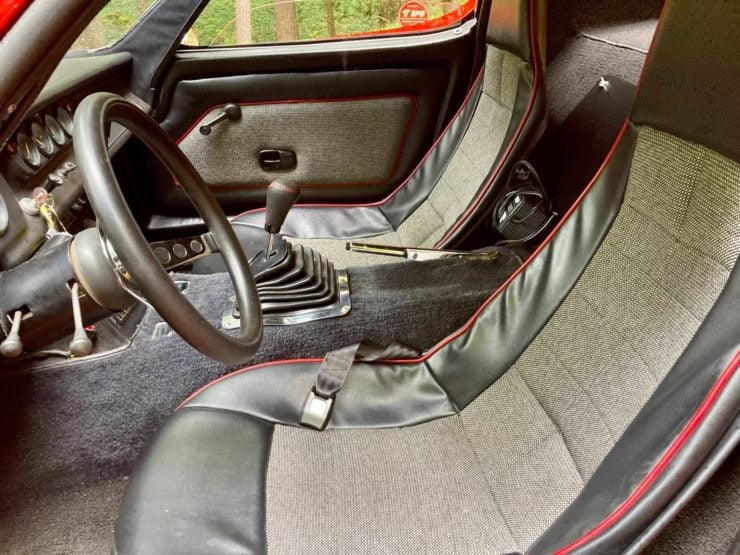 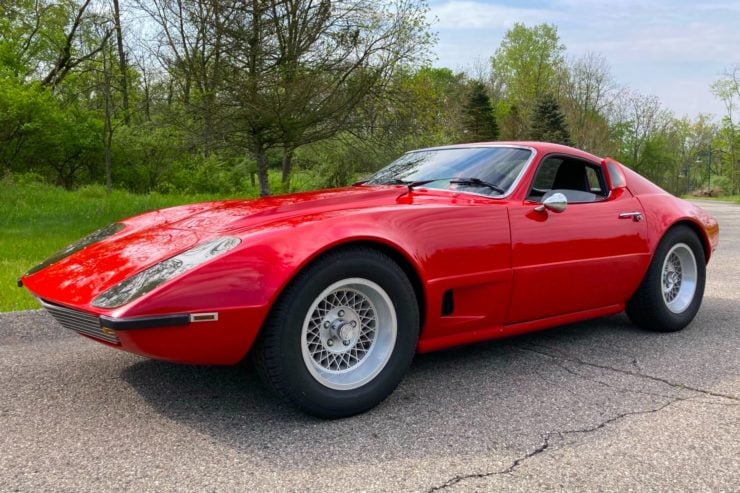 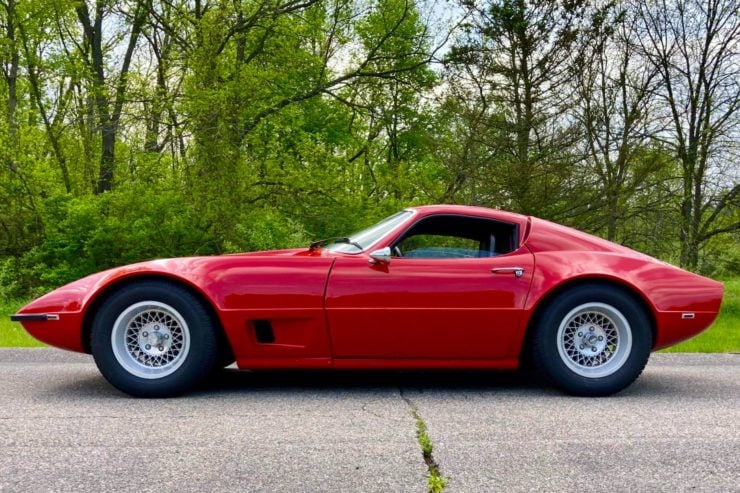 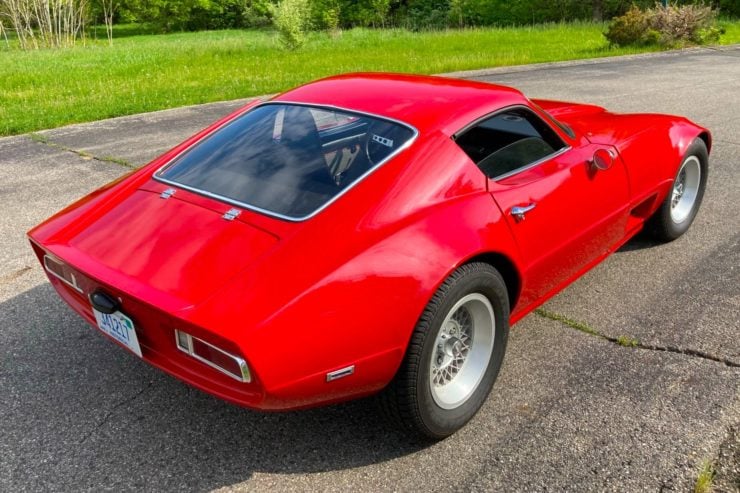 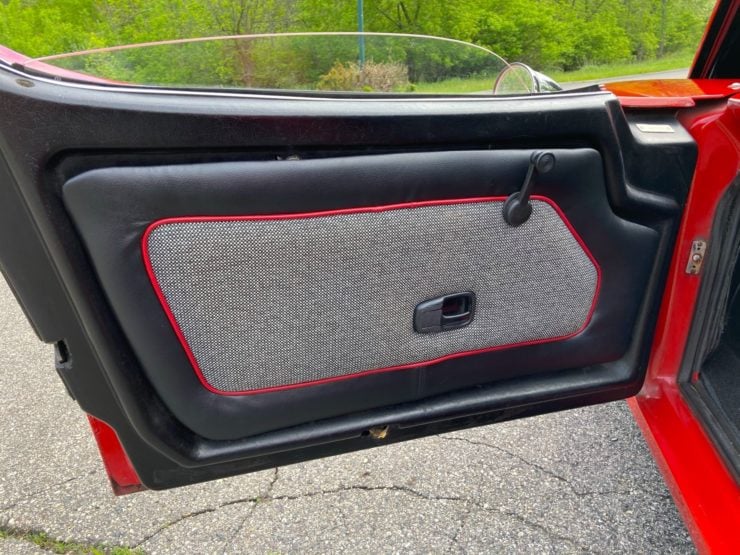 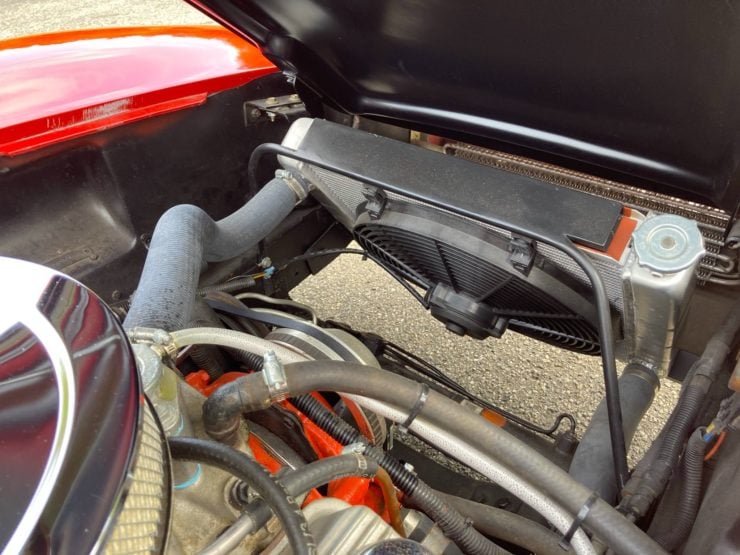 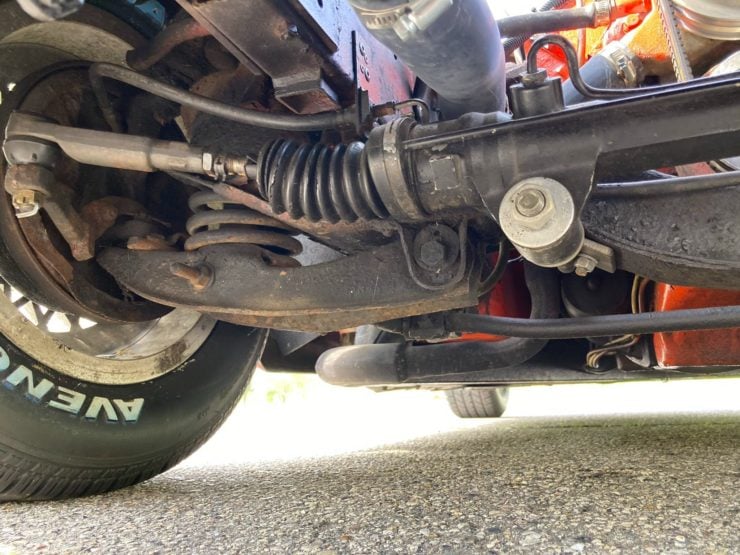 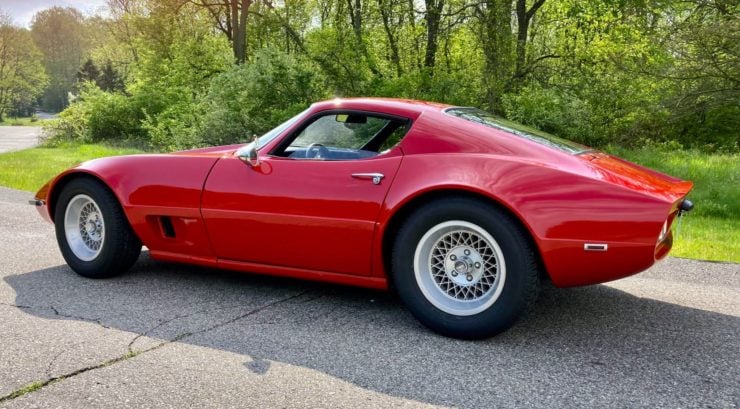 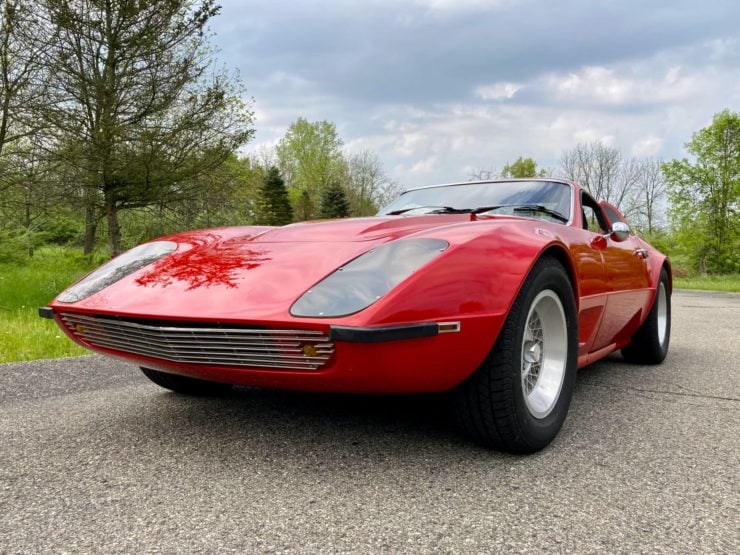 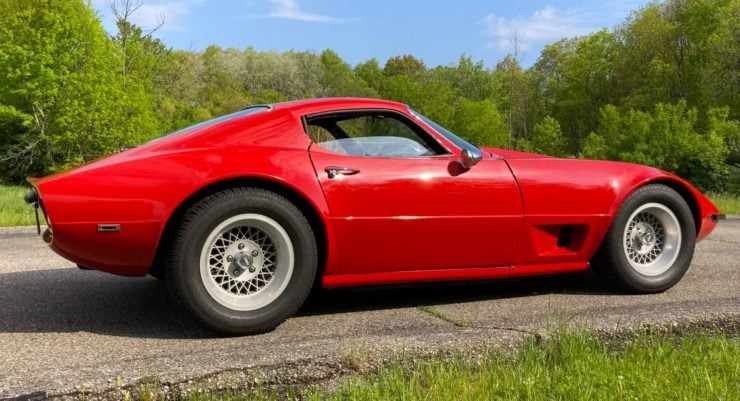 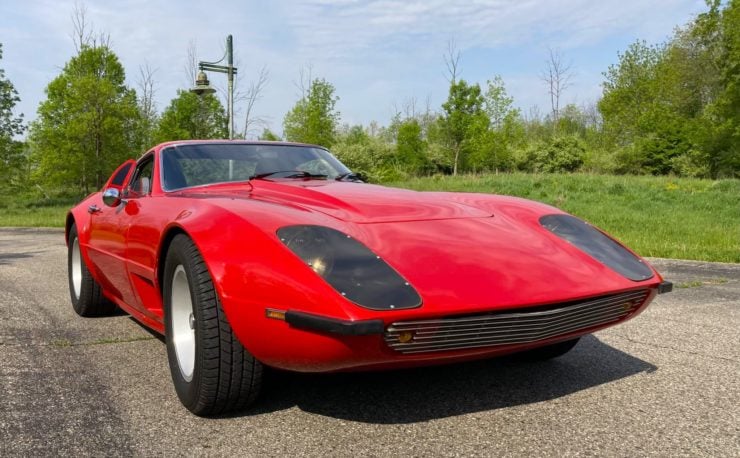 Images courtesy of Bring A Trailer

Silodrome was founded by Ben in 2010 and over the years has grown into a global leader in the alternative and classic automotive sector, with millions of readers around the world and many hundreds of thousands of followers on social media.